It’s been a bit of time since my last post, and if you follow me on instagram, you know that’s because I’ve been on a shoot in France the past few days, and that I was out of the country for two weeks before that, and that I was in New York the week before that for the upstate NY workshop. Sooooo things have been a bit hectic. But, I am going to make up for my absence by sharing something very near and dear to my heart today. Something full of rich pork breakfast sausage, ripe juicy pears, caramelized leeks, and sweet, sweet cornbread. I present to you this sausage cornbread stuffing, aka my favorite stuffing recipe of all time.

For me, it has everything I’m looking for in a cornbread stuffing recipe: sweet, savory, soft, and crunchy. The bits on top get nice and crisp in the oven and the bit down under stays nice and custardy. Plus baking the cornbread stuffing in a well-seasoned cast iron pan (this is my absolute favorite) adds an extra layer of flavor to the mix. It’s pretty much the best thing ever.

And along with this recipe, I wanted to share something else that’s near and dear to my heart, and that’s an amazing UNICEF promotion Challenge Butter is doing leading up to Thanksgiving. Each time you pin a recipe from this Pinterest board, they will donate a meal to UNICEF for a child in need. Please help us in the fight to end childhood malnutrition, more than 3 million lives are lost each year to this treatable and preventable crisis. At a time when many of us have more than enough to eat, it’s really comforting to think that hungry children around the world are getting to have a satisfying meal because of our actions, too. So get pinning, and enjoy this bounty of fall flavors!

This cornbread stuffing hits all the Thanksgiving flavor must-haves like corn, thyme, sausage, and pears. I know, I know, pears aren't super common in stuffing, but they *should* be. Their sweet flavor contrasts perfectly with the savory rich ground pork sausage, and the herbal comfort of the thyme leaves.

Ugh, I'm having such an issue deciding what stuffing to make this year… so many options. And now here is another one I have to add to the list of options. Looks SO good!

Haha, thanks Christina!! Best of luck with your decision-making, so many tasty stuffing recipes out there!

i just did a recipe round up on my blog, i had found one simple recipe but after this, i am changing my mind…

I hope you do give it a go! So worth it!

this looks (low, slow voice) sooooo goooooood. and all of your instagrams have been making me want to jump right in. can i come in your suitcase next time you shoot in france??!!

Hahaha, thank you my dear!!! And yes, I would love to have you come with me, travel buddies are always welcome!!

Such beautiful photos and this stuffing looks amazing! Always looking for new and inventive ways to use cornbread. Thanks for sharing!

Awww thanks Lissa! Cornbread is so wonderfully versatile, my favorite bread of them all 😀

This stuffing looks amazing! I'm adding it in my list and wild make it very soon.

So so beautiful… Perfect for the holiday table.
Good luck in France. Safe travels.

Thank you so much, Ice!! Heading home on Sunday, wahoo! 🙂

This will be a contender on my Thanksgiving table. Thanks Eva.

That makes me very happy to hear, Penny 🙂

This looks ridiculously and gloriously delicious. And your photos are stunning!

Thanks so much Allison!! You are too sweet! 🙂

Looks so delicious! Have to try it! Great photos.
Tenancy cleaning Ashford

Thank you Liz! The pears are suuuuper good in this 😀

This sounds like heaven. I don't host Thanksgiving, but I am a stuffing fanatic and make it often, so this will be happening.

We make this every year for Thanksgiving and Christmas. It is seriously delicious. It’s savory and sweet with a great crunch. And as far as leftovers go, this is the most amazing thing to reheat. We love it! 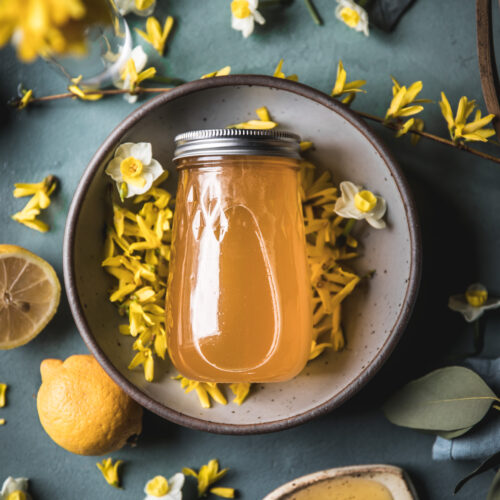